Do your kids love watching Nerf War videos on YouTube? Here’s a STEM Kids Activity that uses technology to create a first person video game that will get them off the couch, passively watching, and instead creating their own videos. Embrace their love of video games and get them moving and learning. Watch as they not only get up and busy, but also develop skills in video editing and collaboration. My kids loved the idea of using their Nerf Battlefield to create a first person video game video, but you could use this technique for many things. It’s fascinating to see the world through your child’s eyes.

I think all parents worry about our kids spending too much time in front of video games. There are some wonderful benefits to video games, but when is it too much? The answer depends on the family but I’ve discovered a great way to combine video games with learning, physical activity and collaboration.

Although we call this creating a video game, there is no coding required! Instead the kids are actually running around playing the game in real life (in this case it was Nerf wars in the Nerf Battlefield we built last week.), but what we did was attach a GoPro camera to my son’s helmet that he then wore while running around. That way he could video tape the entire thing from a first person perspective.

CHECK OUT HOW WE BUILT OUR NERF BATTLEFIELD FOR NEXT TO NOTHING!

It was amazing to sit back and watch my son script his video and plan out the scenes. Then he worked with the other kids to create his first person, Nerf war battle video game, which he called Nerf Battles.

You can check out some of his video here:

GoPro has been around for a while, so you can often find them second hand. Buying them new is not the cheapest proposition, but we have had ours for many years and used it when racing cars and it’s still working beautifully. It really can take a beating and just keep giving you great footage. If it’s in the budget I highly recommend going with the GoPro, but if your budget doesn’t allow for a GoPro there are some budget friendly sports camera alternatives.

After creating the video you can chose from a number of video editing programs. Your computer may even already have one installed. For what my son was doing, I had him use the free Windows Movie Maker. It is simple and gives him enough tools to have fun and learn a bit about video editing without becoming overwhelmed.

The best part is that my kids can make first person videos of anything. Video creation is especially helpful for kids with Dysgraphia who struggle with handwriting.

Here are just a few things that kids can create videos of to create their own STEM kids activity using tech:

Science Experiments
Lesson presentations instead of doing a written report
Biking
Hikes (perhaps a calming video of the child walking in their favourite place to help them calm down?)
Skiing/Snowboarding
Swimming
Special Events

Grab that GoPro, strap it to your kid and let them explore the world with this STEM Kids Activity. It’s pretty amazing to see the world through their eyes. Not only that, but it will give you some amazing footage that captures their childhood that you can enjoy years down the road. 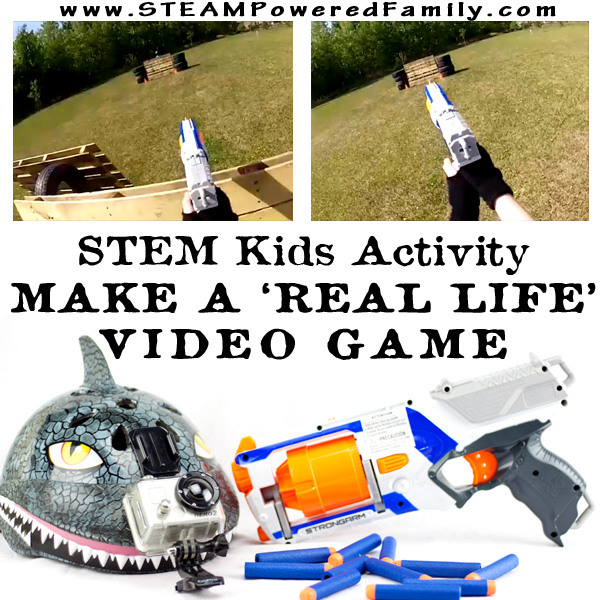 This outdoor STEM technology challenge is part a month long series on taking STEM outdoors! Check out all the fantastic STEM ideas and activities. 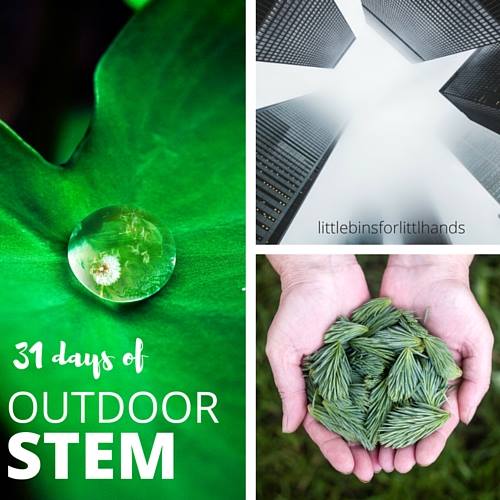