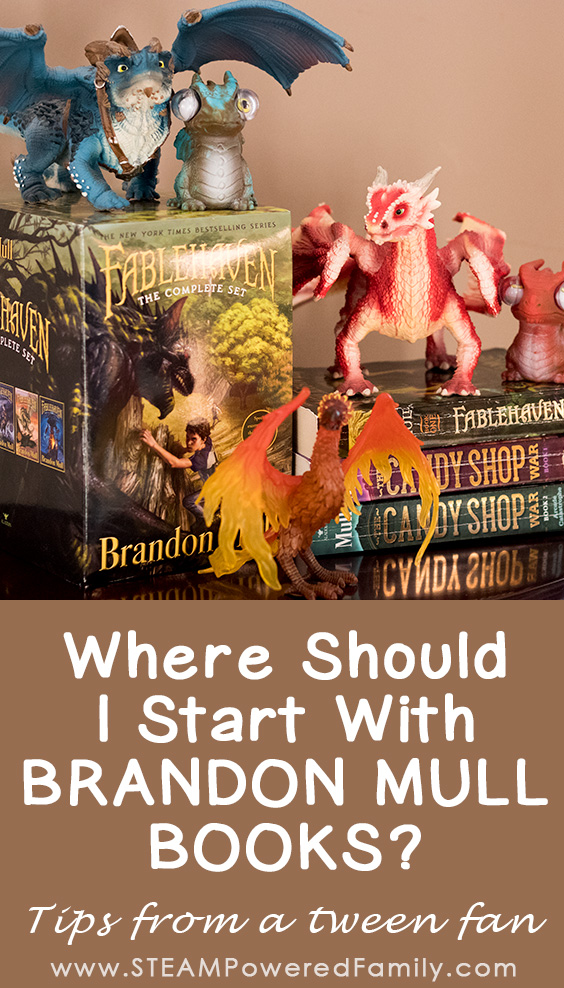 Which Brandon Mull books should I read? Which Mull series is best for my child to start with? Brandon Mull is a prolific writer of young adult and children’s novels that incorporate adventure and fantasy that thrills young readers. He has five different series with over 15 books already in print and more in the works. It can be hard to know where to start. I’ve personally read, and loved, Fablehaven, Dragonwatch and Candy Shop War, but I haven’t read the other two series. So I turned to my local Brandon Mull expert, my son, and asked him to share his thoughts on the various Brandon Mull books. Oh and in case you missed it, don’t forget to read my son’s article on Diary of a Wimpy Kid!

Brandon Mull Books – Tips and thoughts from a young fan 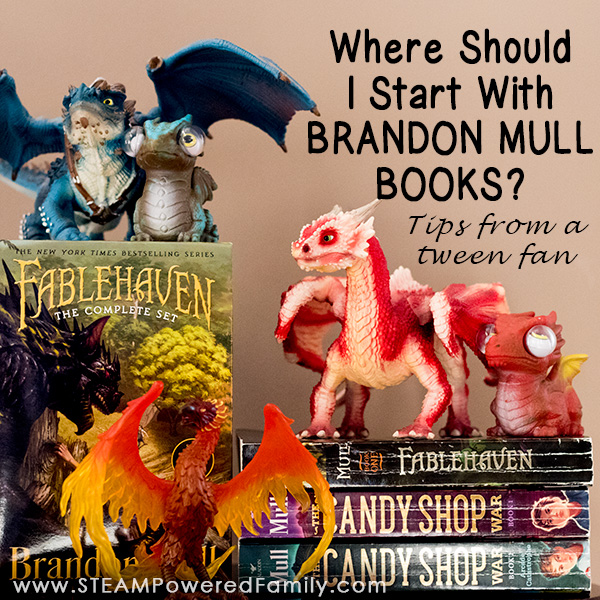 Hi, I’m 11, almost 12, years old and an avid reader. I read a book a week, sometimes more and like fantasy and adventure novels. Although, I read a lot, I’m really aware of stuff like death and violence. I’ve provided warnings, so if you don’t like those topics you know which books to be careful with. I talk to my mom and dad a lot about the books I read, and I find that really helps me understand things and make sense of some of the books. It’s even better when they have read the books too, then we can really talk about things. Turns out my mom loves Brandon Mull too!

Brandon Mull writes amazing stories. I love reading his books and can’t wait for more to come out. If you haven’t read any of Brandon Mull’s books before, here are my tips on the books to get you started.

Fablehaven is the first of his books I read and one of my favourites of all the books I’ve read. There are five books in the series: Fablehaven, Rise of the Evening Star, Grip of the Shadow Plague, Secrets of the Dragon Sanctuary and Keys to the Demon Prison. It’s about two kids, Kendra and Seth, who visit their grandparents house for two weeks. Their home just happens to be a sanctuary for magical creatures, both good and evil. Obviously coming face to face with this whole new magical world results in a lot of excitement and adventure!

I really like how the kids get into mischief and although the adults help them sometimes, most of the time they need to figure out how to fix things themselves.

There are also a couple of supplementary books for the series.

The Candy Shop War is a book about four kids who go to a seemingly normal candy shop that just opened in their neighbourhood. Later they find out that the owner of the candy shop has some really weird candy, rock candy that makes you weightless, chocolate balls that change your appearance and many more. It’s the best, most amazing candy, they have ever tried, so when they are offered free candy, they jump at the chance. The owner, Mrs. White, sends them on missions to get items for her, but the children begin to wonder whether she can be trusted. Things are not always what they seem and taking candy from strangers is never a good idea, no matter how awesome the candy!

In the second book, Candy Shop War: Arcade Catastrophe, the kids already met Mrs. White, now they are introduced to Mrs. Whites’ brother, Mr. White. He runs a place called Arcadeland. At Arcadeland, kids can play games and earn tickets to win prizes. There are rumors about special prizes, ones not available to just anyone. Word spread about four prize stamps: jets, subs, tanks and race cars. Soon the kids discover that each stamp grants the winner a different ability: flight, breathing underwater, super strength and super speed. But Mr. White is hiding something: when enough kids earn stamps, he plans to use the kids to steal a powerful talisman. Once he has that sacred item anything can happen, most of it bad.

The Candy Shop War is a fantastic series and so much fun. I would love to be Nate or one of his friends and go on  adventures. I recommend the series for 9 to 14 year olds. It is lots of fun, but be ready to have some serious cravings for candy!

Dragonwatch is a sequel of Fablehaven that only has one book out so far. This series is about a hidden dragon sanctuary known as Wyrmroost. Within Wyrmroost the King of Dragons, Celebrant the Just, always saw dragon sanctuary’s as prisons, and wants nothing more than to overthrow his captors and return the world to the age of dragons, when dragons roamed free. The time finally came to break free of the sanctuary and reclaim his former power. The only people that can stop Celebrant’s dragon army is the ancient order of the Dragonwatch. And if you loved Fablehaven, many of the same characters carry over into this series, including Kendra and Seth who really grow up in these books and take control of their own destiny.

If you loved Fablehaven this is a must read. I would recommend it for 10 to 16 year olds. Only one book is currently out with no dates available for book 2. I’ll update once I know more.

Five kingdoms is a series about a group of kids that go to a haunted house on Halloween. They discover a portal to the Outskirts. The Outskirts are made up of five kingdoms that exist between reality and the dream world. Traveling into the new worlds, that are filled with magic, results in many adventures and struggles for the kids as they try to save this new world and make it back home in one piece. Turns out leaving may be the hardest thing to do.

I would recommend all four of the first books for 8 to 14 year olds. And I will add my thoughts on the fifth soon!

Beyonders is about a boy named Jason Walker who finds a wormhole to another dimension called Lyrian (in a really weird way). This new dimension is ruled by a dictator named Maldor. In this world (unlike most stories), there isn’t any heroes, so it is up to Jason to stop Maldor. Who knew a hippo tank could lead to so much adventure!

I would recommend all three books for 11 to 16 year olds because there is some violence and things that younger kids might find too much.

So Where Should You Start With Brandon Mull Books?

I would recommend starting with Candy Shop War for a fun couple of shorter reads, especially for slightly younger kids. Then everyone should read Fablehaven and if you enjoy that move into Dragonwatch. From there you can dive into other books by the very talented Brandon Mull. I can’t wait until Time Jumpers is released and hopefully we will hear soon when the next Dragonwatch is coming! 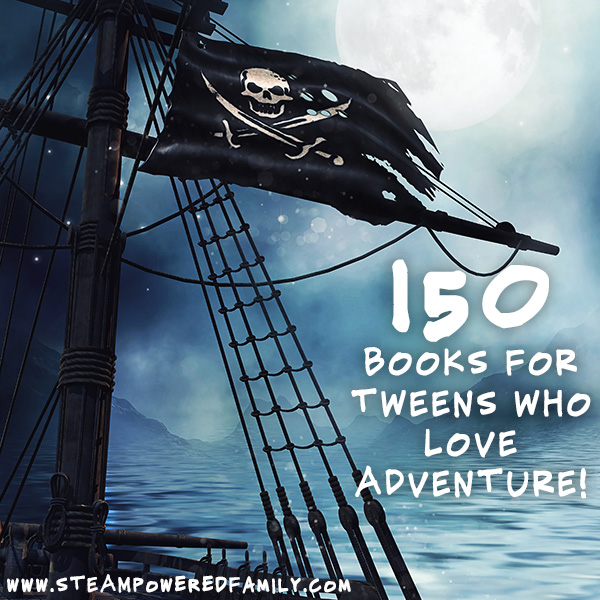 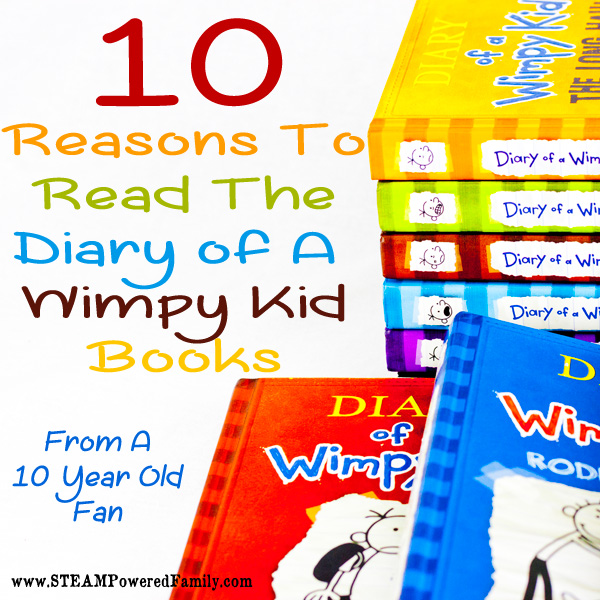 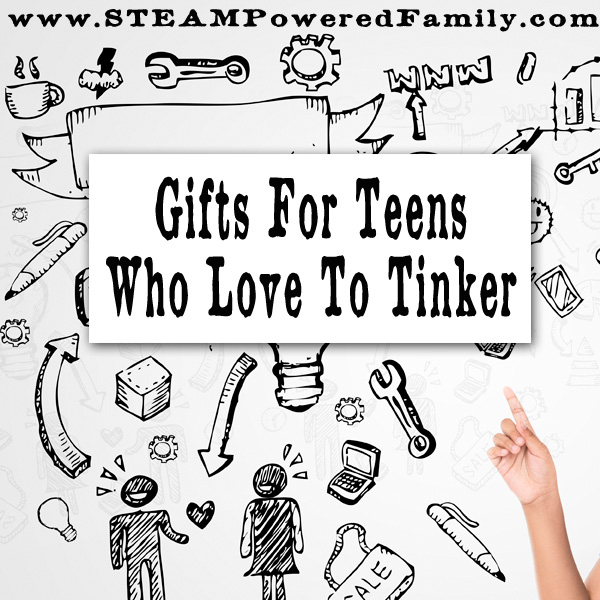