Canadian money and passports. Simple and plain at first sight but there is some crazy cool science hidden beneath the surface. So find your favourite Canadian and have some fun with these cool tricks and science using 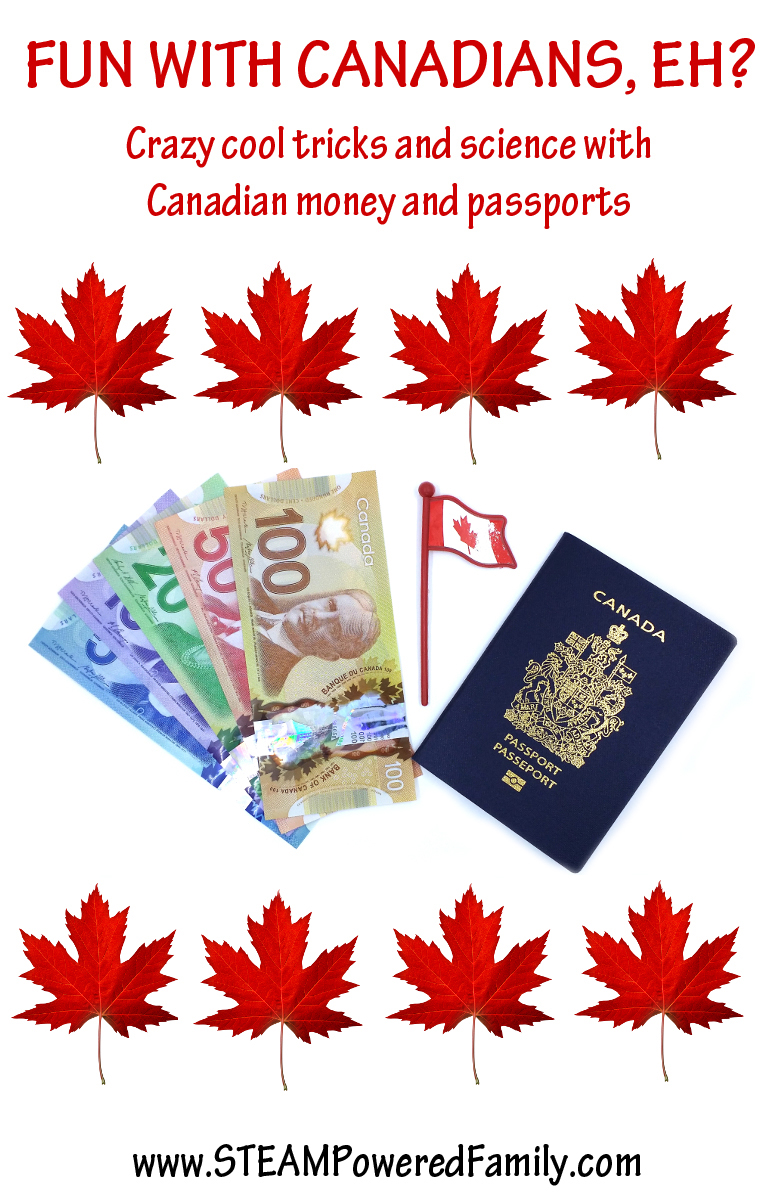 Thankfully, I’m Canadian so I didn’t have to go far to try these crazy cool tricks with Canadian money and passports. If you can check out in person, I highly recommend it. They are pretty impressive and a great party trick to wow your friends! Even the bank teller at my local bank didn’t know the money trick! Our Canadian government has been having some fun, which means we get to have some fun with science!

What you will need to do these cool tricks:
Canadian Passport
Canadian money (bills of any denomination will work)
Laser pointer
Blacklight

First up, our crazy cool trick with Canadian money! I know lots of people like to call our money, funny money or monopoly money, because of all the bright colours. But there is far more to our money than the colours. Did you know our bills aren’t made of paper anymore? They are a polymer, which is basically a plastic. So even when we pay cash, we are paying with plastic!

Now if you look closely at our money, you will see a maple leaf that is translucent and in the centre is a circle. No matter how you look at it, that circle looks like just that, a plain old circle. But there is some crazy science built into that little circle!

Turn off the lights and aim a laser pointer at that circle in front of a wall.

Check and see what is projected on the wall.

It’s the denomination of the bill! 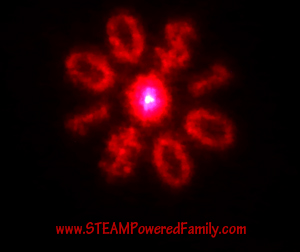 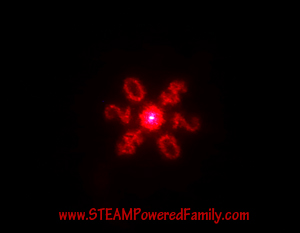 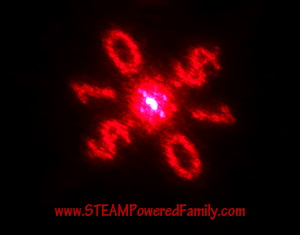 Light wavelength refraction is the science at work here. It causes the beam of laser light to be altered as it passes through the circle, making it display the denomination. Pretty cool, eh?

Next up in our crazy cool tricks with Canadian money and passports we are going to focus on the passports. 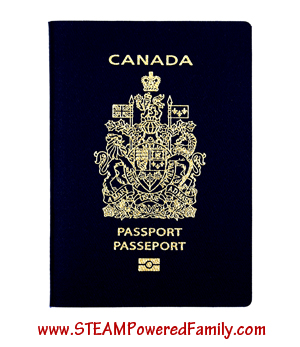 Inside there are some nice pictures representing aspects of Canada. They are simple, practical, plain. Everything we come to expect from a government issued product.

But all is not as it seems.

Turn off the lights again, but this time turn on a blacklight. 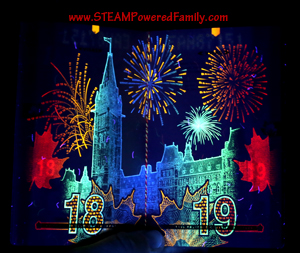 It’s a party in a passport!

And not just on that page, all of them burst with colour and hidden images under blacklight! 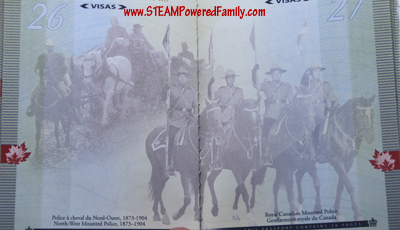 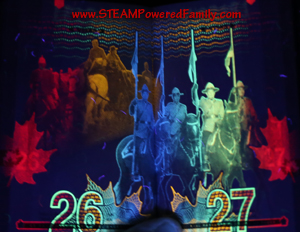 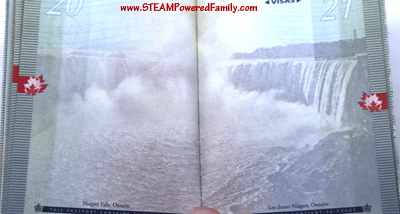 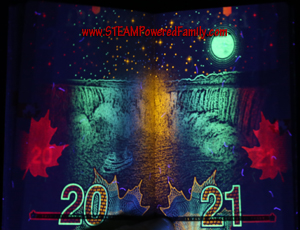 The science here is a special ink that fluoresces under UV or blacklight. A blacklight emits near ultraviolet radiation. Most blacklights give off a faint violet glow but the majority of the light is outside the visible range to the human eye. The energetic radiation from the UV bulb excites molecules which causes certain ones, such as the ink in the passports, to fluoresce and become visible to the human eye as a glow in the dark object.

So what do you think? Ready to go have some fun with Canadian money and passports? 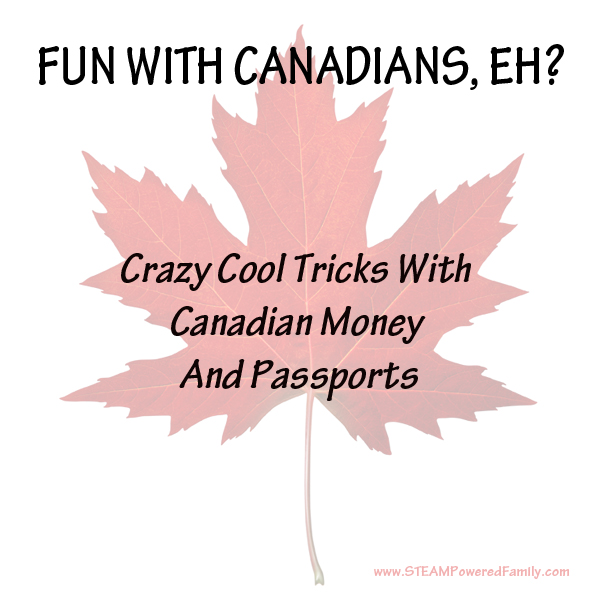