Last week we were at Scouts when one of the leaders pulled us aside and said, “Can we talk for a moment about Jackson?” I subdued the flutter of worry in my chest and smiled, “Absolutely.” But the next few moments did not go as I thought they would. After years of struggling with Jackson and his teaching environments, the next few moments gave me a big ah-ha moment. I saw with a blinding light of sudden understanding how important trust is in children. Could trust be the secret ingredient to success in learning? 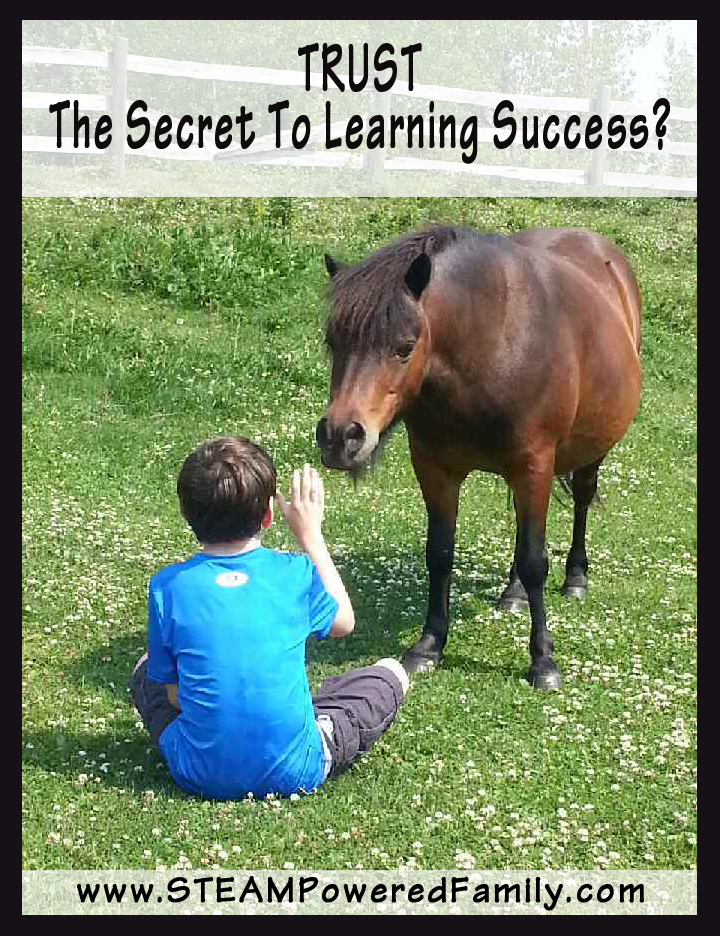 Jackson has struggled with school since grade 1. Kindergarten was wonderful, but in the very first few weeks of grade 1 everything fell apart. My son was bullied intensely and the teachers and administration called my son ridiculous for being scared of the bully. This was in the first weeks of grade 1 , when my son was only 6 years old.

He was called ridiculous and it destroyed his trust in teachers and his ability to learn in the classroom.

From that day forward my son was terrified of school. He would cry and fight every morning, desperate not to go to school. He developed insomnia, an anxiety disorder, OCD and would have panic attacks.

The next three years were filled with meetings after meetings, hours and hours of me volunteering at the school. Not to mention the hours and hours in therapy. All trying to make school work.

But it didn’t work. It only got worse. My son would come home telling us how teachers and supervisors would make up rules. One would say it was fine for the kids to play soccer, another would send them all to the principle’s office for running in the schoolyard at recess. If he asked for help in class he was more often than not told to go sit down and be quiet. I watched this happen myself when I was volunteering in the classroom and until that moment thought my son was exaggerating. He wasn’t.

Since we started homeschooling things have changed completely. I can barely keep up with what he is learning and the OCD and panic attacks are gone. Anxiety is sporadic and even his insomnia is improving.

I knew homeschooling was working but I didn’t understand why until I had a heart to heart with his new Scout leader. Scouts is brand new for my boys and is really the first time they have been back in a school-ish type environment since we started homeschooling in March.

The Scout leader was concerned, Jackson was showing signs of defensiveness and giving “side-eye”, and he was worried that Jackson wasn’t enjoying Scouts. We knew this not to be true. Through everything Jackson has always been very open and honest in our home, telling us everything. We knew Scouts was something he was enjoying and excited about, but with some digging we figured out what was going on.

Jackson doesn’t trust adults anymore. The teachers and supervisors and administration at his school did such a complete job of undermining his trust through the three years he was there that he no longer trusts adults. Without trust it is very hard, if not impossible, for him to learn. He is too busy being hypervigilent and hyperaware of his surroundings. Without trust he doesn’t feel safe and secure.

This was such a big moment for me. To have this understanding of my son and why he reacts the way he does. Thankfully, we also have some wonderful Scout leaders who are now going to work on building that trust with my son. Show him that there are some adults in the world who will have his back, who will listen to him, and who will protect him.

Without trust in those around him, my son does not feel safe. And without trust and safety his brain is unable to process and learn new information.

No wonder homeschooling works so well. For the first time in years my son trusts his teacher and feels safe. 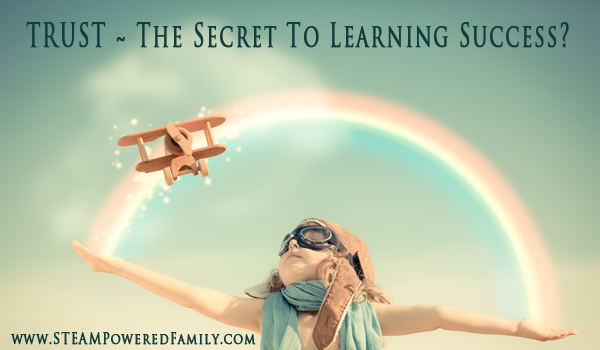