Potion Class. Every Potter fan has dreamed of conjuring up powerful potions in a bubbling cauldron. One day the kids decided to create some summer fun with potions class! The best part? I was able to sit back and enjoy the fun while they set their imaginations flying! 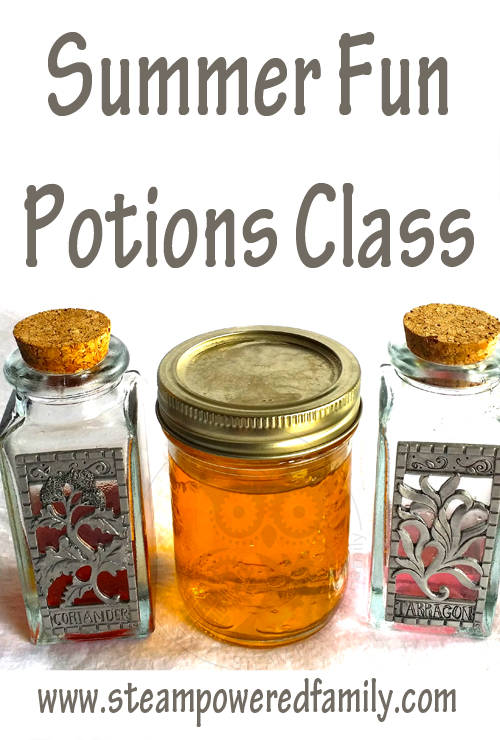 About two months ago we read the first Harry Potter novel as part of our homeschool. Jackson was so obsessed with the series that he couldn’t wait for our daily sit downs when I would read aloud, so borrowed my kindle and started reading ahead on his own time. By the time we were done reading the first novel in homeschool, he was on book three. He is now on the final book in the series and is officially as big of a fan as his momma.

I’m so proud of my little Potterhead!

Summer boredom is a bit of an issue around here so Jackson suggested we have a potions class and Preston thought it sounded like a brilliant plan.

Setting things up was pretty easy. I set out a some different flavoured juices, tonic water, regular water, kool-aid, sugar, and brown sugar. I have a variety of mason jars and spice jars that Jackson pulled out for “storing” his potions.

Then I let them have fun.

The boys decided to make three potions. A calming potion, an energy potion and a glow potion.

I was quite excited to see that they remembered that tonic water would make their potion glow (it also added the bubbling that they wanted without the need to actually boil anything). They also used lots of sugar for their energy potion, and didn’t add any sugar to the calming potion. 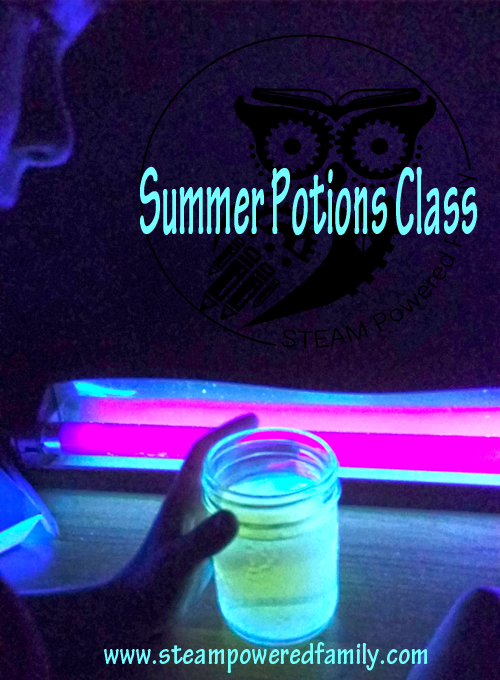 They brewed up their potions and bottled them up.

Then came time for the taste tests!

The boys were game for tasting everything they made. Why aren’t they as adventurous with the suppers I cook that are actually tasty?

Generally they agreed that all the potions tasted pretty horrible, but they had an absolute blast in their potions class!

Do you ever let your kids go crazy in your kitchen?