Have you heard of Cubetto? It’s a coding toy and I hadn’t heard about it either until Primo Toys reached out to me. After a bit of research, and seeing the big names backing it (including Randi Zuckerburg, who I just met recently during an inspirational talk on technology!), I was excited to check it out. Once it arrived and we started playing, that was when the excitement really kicked in! 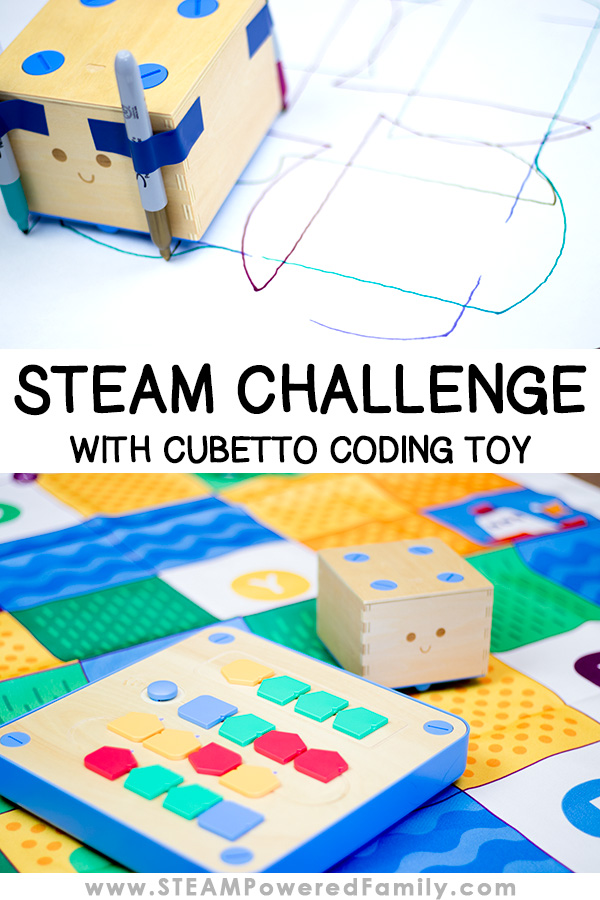 This is a sponsored article written by me on behalf of Primo Toys and Cubetto. The opinions, photographs and text are all mine.

Cubetto is a crazy cute coding toy, and it should be. It is designed for younger children to help kick start them into the world of STEM in a fun and easy way. Designed specifically for 3 to 6 year olds, I was a little worried it would not be interesting enough for my 9 and 11 year old, but boy was I pleasantly surprised.

Check out our first time playing

First up, I have to address the quality of this product. It is very durable, and best of all, very easy to use. My boys were able to pull it out of the box and immediately start using it (once I added the batteries), with no help from me. My oldest, ever the rule follower, started by reading the enclosed booklets, while my youngest just started placing the coding blocks sending our Cubetto zipping around the map. 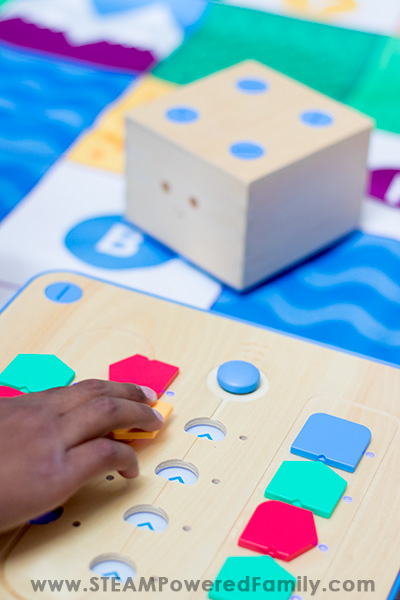 For the most part I just stood back and watched as my youngest figured out how to use various coding blocks, including function, which calls on a sequence of actions. He was building algorithms without even realizing it.

Screen-free, using his senses and critical thinking skills, he was learning to code. Best of all he was enjoying every moment of it.

Then my oldest jumped in and started creating challenges. Working together they had Cubetto navigating around the map. They created some interesting challenges that required some serious problem solving. Things like going to a certain square, without touching specific squares, became a big challenge. It required them to try various programs until they found the one that worked.

There was math involved as they counted the various routes out, plus of course using the technology of our Cubetto to code the routes to see if they worked. 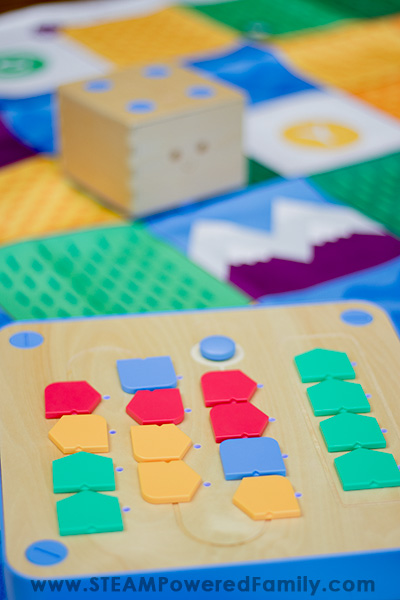 Then we ran into an issue. A few of the challenges simply could not be done with the coding blocks that were included in the box. It would have been really nice to have a few more coding blocks, but this is a minor concern. In most cases, having limited coding blocks challenged the kids to really use the function feature to effectively run their programs. But it did limit some of the challenges.

As the kids played I had this idea for a STEAM Challenge. It was a little out of the box and would really challenge the kids, but as I watched them coding away with Cubetto I became really excited about the possibilities.

To do this challenge you will need:

Cubetto
Markers (I used Sharpies, which we normally love but I HIGHLY recommend using washable markers instead… things got a little inky during the engineering phase!)
Ruler
Large sheets of paper

I challenged the kids to create geometric designs using Cubetto. Specifically I wanted them to try and draw a circle and a square with their Cubetto outfitted as an art bot or scribble bot. To make it even more challenging, I told them I wanted the square to be 15cm by 15cm.

The first thing I asked the kids to do was measure how far forward the Cubetto travels with each step. Then I challenged them to watch how he turns and moves so they could work out the patterns and how they could complete the challenge. 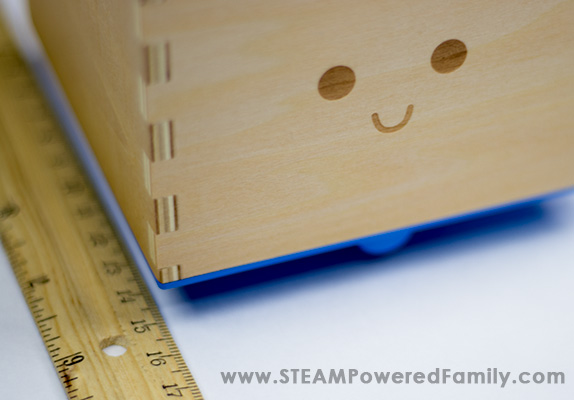 Turns out it says in the booklets that Cubetto travels 15cm forward on each step. Which my oldest quickly told me, informing me he “read it”. I still made him take the measurements.  🙂

OK, so now they knew they had to use 1 forward step for each side of the square, but when they studied Cubetto’s movement they realized the corners would be curved. This caused some confusion and lots of creative problem solving.

This is not quite as easy as it sounds. Attaching the markers isn’t as simple as taping them on. You need to account for the slight rocking it does as it moves. If you set the markers too high, they won’t draw. If you set them too low, Cubetto won’t move.

Not to mention the challenge of deciding where to attach the markers. The kids tested lots of different attachment points to see how it affected the drawings – front, sides, middle, corners. Not to mention if they should do 1, 2 or 4 markers.

Once the markers are in place, it is time to start coding! The kids worked out a number of different codes to see how it affected the designs before settling on the one they felt was the best sequence to achieve a circle and square. We made some gorgeous designs in the process. 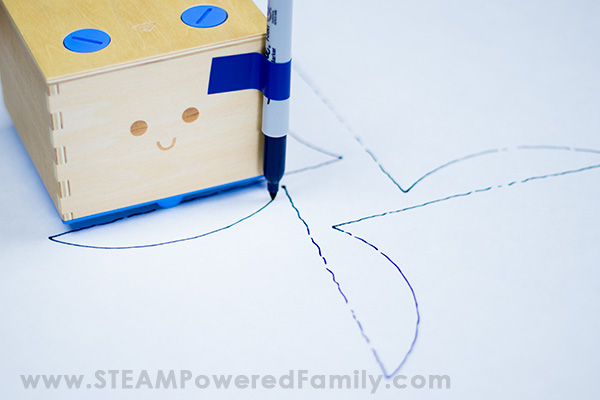 It took some practice with various marker positions and programs until they finally found success.

It took a lot of critical thinking skills and problem solving skills but the kids did it! Success! They were able to get Cubetto to draw a circle and a square. 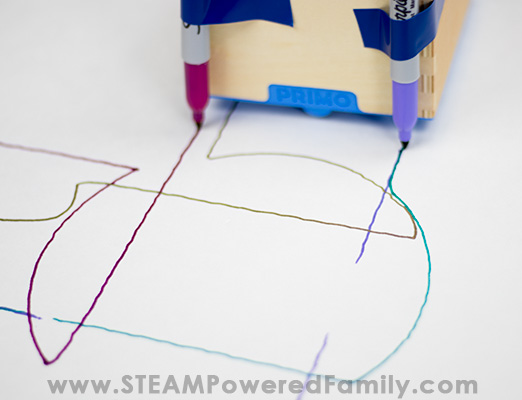 SNEAKING IN A LITTLE EXTRA MATH

I wanted to sneak in a bit more math, so to finish up I had the kids measure their square to determine the perimeter and area, plus figure out the diameter and radius of the circles. It was a total win, as the kids happily did the extra math because they were so excited over their success.

NOT JUST FOR THE LITTLE GUYS

This STEAM challenge and even the STEM challenges we did at the beginning showed me how the Cubetto is not just a preschool coding toy. It offers some amazing opportunities for older kids too.

Interested in trying Cubetto? You can grab it from Amazon here. 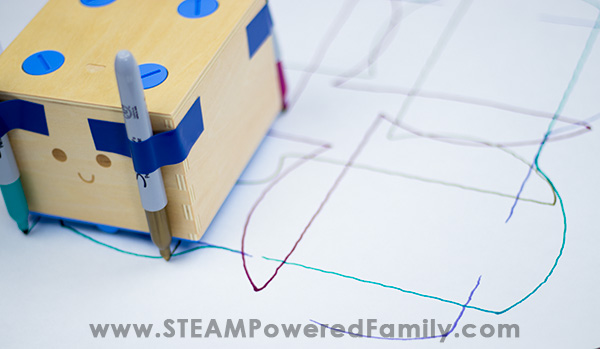 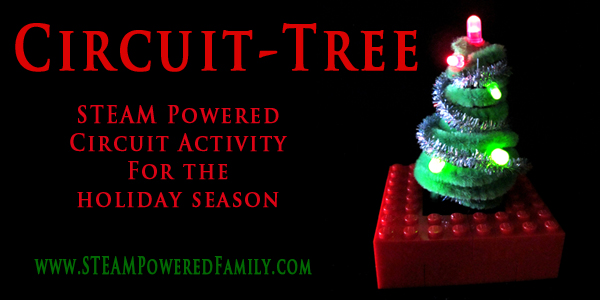 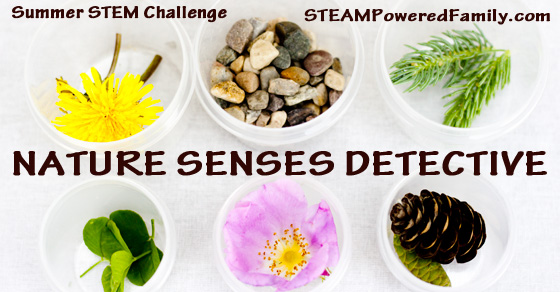 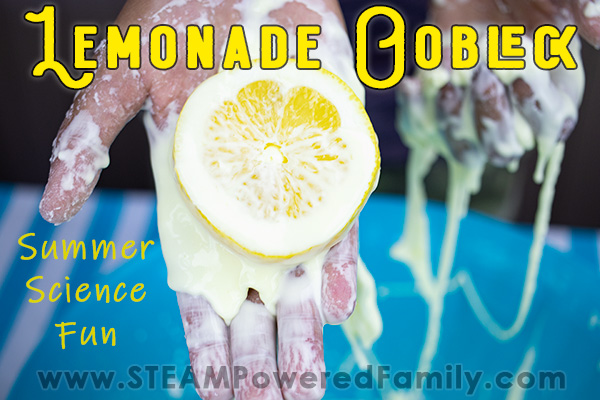 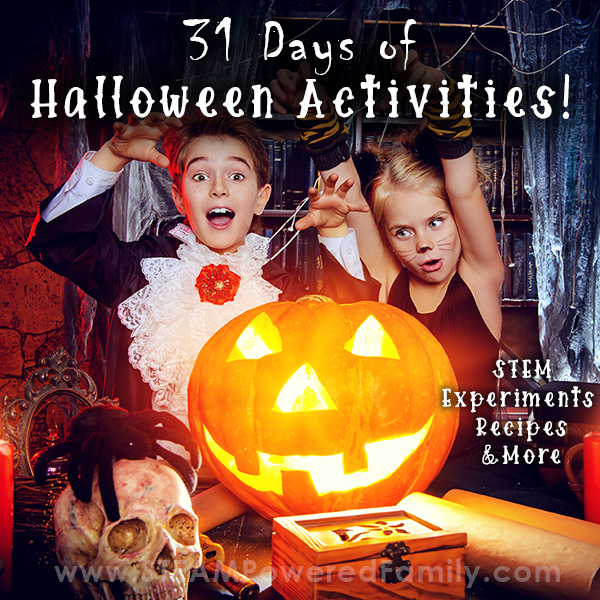 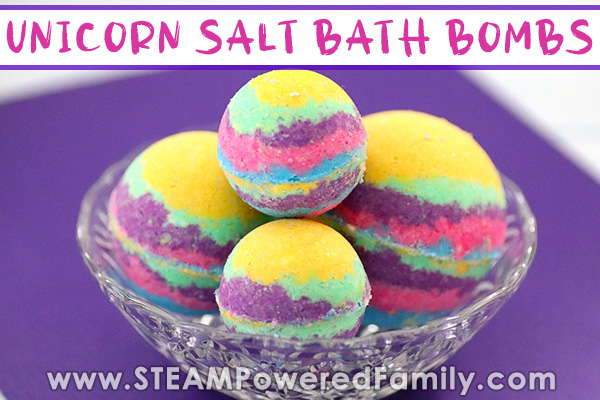 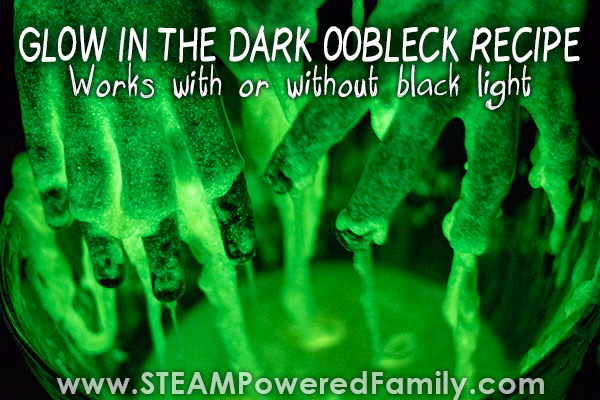